We discover what one thing my guests would change as a whole within the moving industry, with Michael discussing the general outside perspective for a trade in which he believes is a skilled trade (and I totally agree!), Mairead has a real dig at solicitors over exchange and completion dates, Tommy agrees with Mairead and provides an example on how it can effect the Working Time Directive as he believes the moving industry is always an afterthought, Alexandra covers the service being offered over the race to the bottom line and also agrees with Mairead, Calvin echo’s the comments already made and touches upon the professionalism of the moving industry, Ciaran would like to see some form of regulation, and Daniel reiterates public perception and would like the industry to work together a bit more.

When it comes to what advice this young bunch would give to a young mover just starting out in the moving industry, Michael suggests that you show initiative as there is so much room for development and progression within this industry, Mairead echo’s Michaels views and highly recommends that you get involved with the BAR Young Movers Group, Tommy recommends the invaluable networking, Alexandra reminds everyone that it’s not a weakness to ask questions, Calvin reiterates the advice already given and adds that if you are office based then hot desk to increase your own value within the company, Ciaran recommends training, lots of training, and Daniel suggests you surround yourself with the people that have the knowledge.

We discover where each of my guests see themselves and the industry in 5 years, where Michael believes his own future is in the hands of his Directors, and that the young movers can drive the industry forward, Mairead believes the industry will slow down for city movers as more and more people relocate to their ‘forever home’ in the countryside being as they are now able to work from home as a result of the recent pandemic, and she sees herself as maybe moving more into a surveying role, Tommy would like a Directors role within Guardian Moving & Storage and would like to become a voice for the industry, and he hopes a form of regulation comes about for the industry, Alexandra sees herself growing within her current role and expanding her knowledge, but doesn’t see any huge incoming changes to the industry, Calvin would have served his stint as Chairman of the BAR Young Movers Group as he moves into the role of Vice Chairman next year and sees more responsibility coming his way from the family business, in the industry he has noticed shipments are getting smaller and has seen a change in commercial relocation as more and more of us are now able to work from home, Ciaran is in the process of buying a warehouse to stand the business in good stead for the future, but isn’t too sure on the industry, and Daniel would like to still see himself as part of GB Liners and driving it forward and maintaining his involvement within the BAR.

And finally, we end with several funny moving stories, Michael didn’t have a funny story as they were far to incriminating, but he did recite a story that involved moving Professional Golfer Rory Mcllroy and how curiosity got the better of him, Mairead recites a packing job she was once on where she was tipped in Home Made Greek Halloumi Cheese, and the moment she took the DNA from a cup Rock Legend Liam Gallagher drank from while in attendance at their warehouse, Tommy recites a story where he and his crew pranked an apprentice by telling him he needed a passport to cross the border into England, Alexandra is far to young to have a moving story but does recite the history of Lanes, Calvin recites a story he had been told regarding a couple of PBO boxes coming from a bedroom making the sound of a battery powered toothbrush, and Calvin clears the company name regarding receipt of a damaged shipment for British Long Distance Runner Sir Mo Farah, just in case its mentioned on ‘I’m a Celebrity… Get Me Out of Here!’, Ciaran recites a story regarding a foreman, the foreman’s wife and a snooker table, while on a removal, and Daniel recites a charming story regarding a large bronze garden statue of a lady, with a black mark on her thigh. 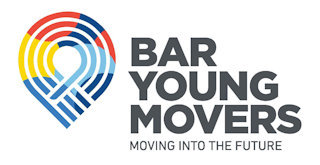