In this episode, Chris Smallwood, Director of Britannia Anchor Removals of Salford, Greater Manchester, discusses how he first began in the industry in 1990 with Whitby Oliver, where he was snapped up by Charles Oliver after Charles had heard he was being made redundant from his garage receptionist role.

We discover that Chris served 2 stints at Whitby Oliver’s, first serving as porter, packer, driver and then surveyor. Chris left in 1994 to work at Devereux in Cleveland, but returned to Whitby Oliver in 97/98 as joint Manager, eventually taking over as Manager.

We discus how Anchor Removals came about, which was originally started by ex-sailor Roy Featherston in 1992. Roy took the company into the BAR and as Roy and Chris became good friends within the industry Roy came to him when he decided to retire, and so in 2008 Chris became the new owner and thus Director, taking it into Britannia and increasing its turnover from £125k then to £600k today.

We discover that Chris has had to overcome several challenges in the past, being undervalued, suffering from mental illness and depression, but his biggest challenge was becoming a business owner and discovering that he was answerable to everybody in the business.

We discus that his high point of being in the industry was being named Salford Business Employer of the Year in 2019, which was the pinnacle of what had been a lot of hard work over the last 10/12 years.

We discover what being a member of Britannia Movers International brings to the table, as Chris’s industry experience comes from working at fellow Britannia members during the past.

We tap into Chris’s passionate side and discuss in length his philosophy regarding the treatment of employees, the living wage foundation and zero hour contracts, and I for one learned an awful lot from this.

We discover Chris has a strategy in place when the time comes to hand over the reins, and he believes the industry will have many challenges ahead of itself in the next 5 years with the advent of Brexit and COVID.

Outside of the industry we discover that Chris is a passionate fan of Manchester City Football Club and York City Knights who play rugby league. Chris also enjoys getting out on his road bike where he comes up with most of his business solutions and ideas.

And as always we end with a funny moving story regarding some obstructive neighbours who parked their cars in the way of the removal truck, well one in particular anyway! 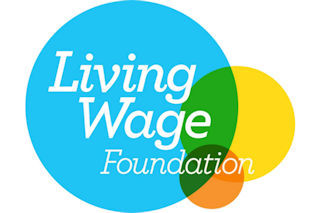